We help people solve their conflicts

My name is José Carmelo LLopis Benlloch, Notary in Ayora. I was born in Valencia, on the 24th of March 1978. In addition to Spanish, I speak Valencian and English.

I entered the University of Valencia in 1996 because I wanted to study Law. Among all subjects, the ones that captivated me the most were the private ones, both civil and commercial, which are the ones that regulate the relationships between persons, and that are specially useful in the most legally important moments of their lives.

After I graduated in 2001, I started to prepare the public tests to become a Notary because I wanted to be present precisely in those moments and fundamental decisions. I studied the public tests in Alicante and I passed them in 2008. Since then, I’ve been the holder of the notaries in La Unión (Murcia) and Ayora (Valencia). 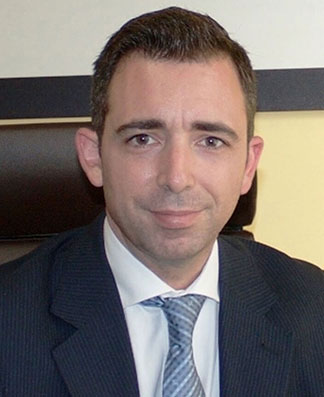 Continuing with the idea of helping people to solve their problems, I decided to make my activity compatible with the practise of mediation within the Solutio Litis Foundation of the Notary College of Valencia. While the notarial function lets advise and set up people’s legal relationships to avoid conflicts, mediation assists people that already have a problem, and helps them in a quick, cheap and favourable resolution.

Also in relation to new technologies, among others, I have been coordinator and speaker on the “Digital identity” and “Dynamic notarial documents” at NotarTIC Congress (Seville, 2016), professor on the “New Technologies” theme on the Fifth World Notarial University organized by the International Union of Notaries (UINL) (Rome, 2016), spanish Speaker on the “Electronic notarial acts and paperless processes” theme at the XXVIII International Congress organized by the International Union of Notaries (UINL) (Paris, 2016) and member of the Scientific Committee and speaker on the theme “Consumer protection in the digital environment” of the 4th Congress of the Notaries of Europe (Santiago de Compostela, 2017).

I am also the owner of the web and the blog https://www.notariallopis.es and of professional social networks like the Twitter account @josecarmelollb. Also, I collaborate with many legal and notarial blogs and publishers, for example:

All the questions you have are important, so do not hesitate to contact your notary.